(Bear's Breeches) Despite being a bit of thug, these stately plants add a touch of grandness to a border. Both varieties produce white flowers with two floppy lips that shelter under a shell-like purple hood. The flowers are carried up a sturdy stem to form a thick spike that rises elegantly from a broad, slowly spreading clump of leaves. 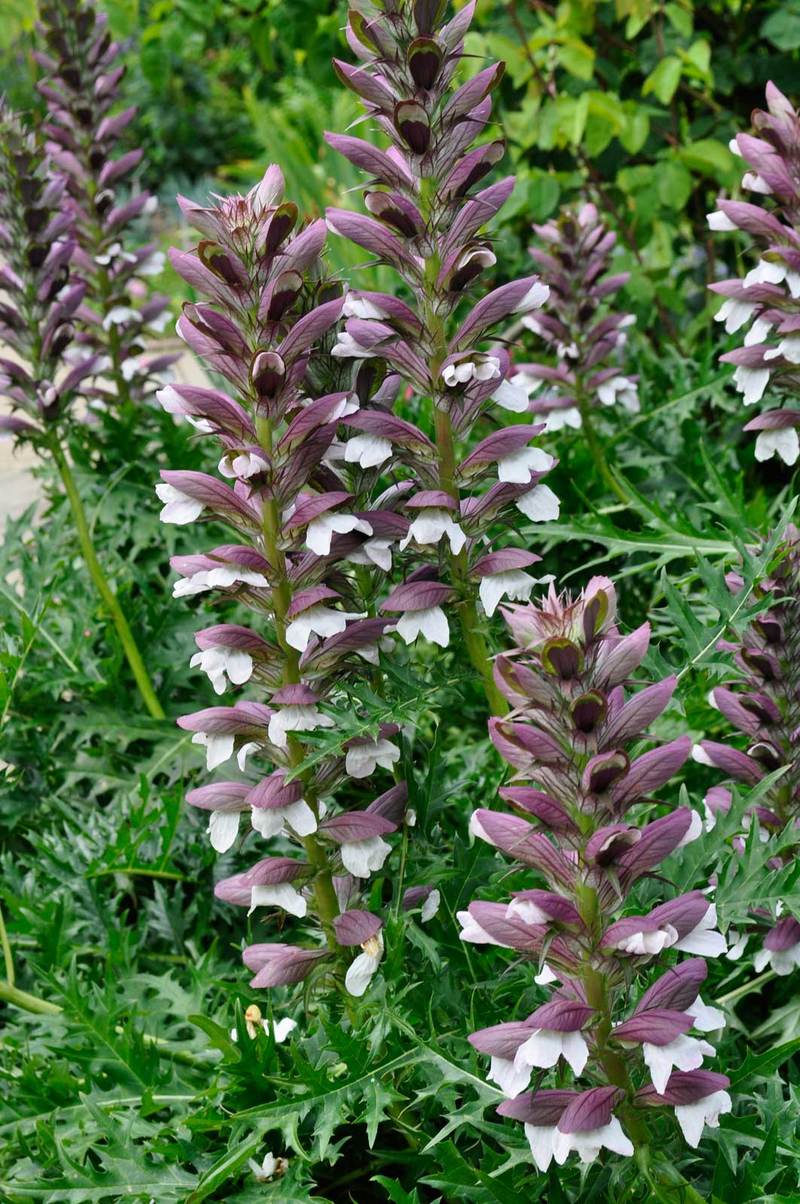 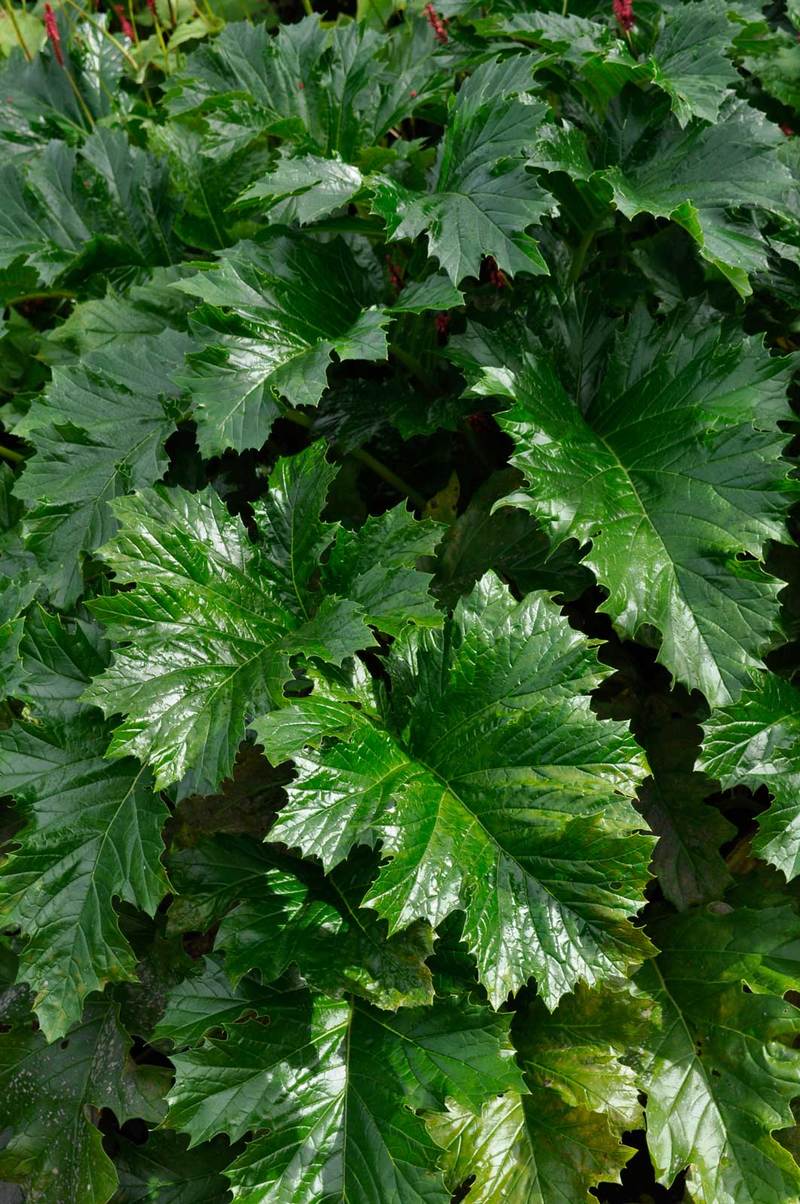 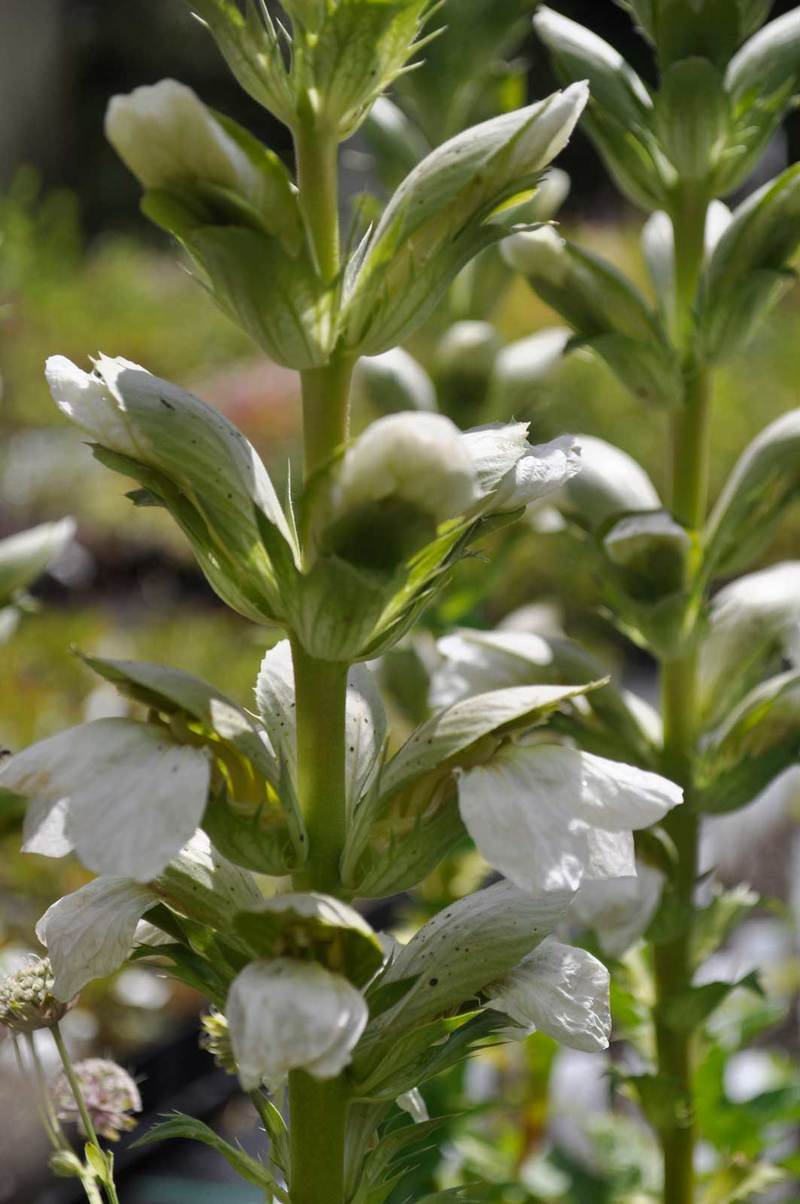 Where Do Acanthus Come From

Originating from the Mediterranean, their beauty was appreciated in Greek and Roman times, where the leaf form can be seen carved around the top of tall colonnades. It has been grown in our gardens since medieval times, largely for medicinal purposes and during the 18th century it was still used for medicine.

The leaves of this architecturally plant are particularly handsome. The shape of leaves most generally found in gardens can be divided into two, smooth edged ones and spiky tipped ones. All are gloss, and although some have little spiky tips at the end of the deeply cut foliage, the spikes are not vicious. In time these will form a big, vigorous clump that is liable to wonder about the garden, so careful positioning is required.

The upright spikes of flowers start to appear around mid-summer. Carried up sturdy flower stems, the large flowers have rather floppy petals that are sheilded underneath by a spiky, green bract and covered with a long, gently dome hood-like bract that can become purple as the flower ages. Lasting for months, once the flowers have finished a round seed pod will often be left.

Where To Grow Acanthus

Acanthus seem to grow anywhere. It does not seem to matter whether the soil is sandy or a well-drained clay. They don't, however, like wet soil. The roots will simply rot. As they originate from hot parts of Europe they do need sun and being vigorouos they do need to be grown in a position where it won't be necessary to move them. If any roots are left in the soil when the are dug up, these will quickly regrow.

Once established, Acanthus are extremely easy to grow, needing almost no attention. They are also hardy, although if the leaves start into grow early late frosts can knock the new growth back. Don't worry, the roots are so deep, the plant won't be killed.

Acanthus Are Great With

I've seen them along the filling the edges of paths and walls, in borders that are so narrow no other plant is needed. Silver-leaved plants such as Artemsia and Stachy look good with Acanthus. All will grow in a dryish situation and the foliage will complement each other. Grasses as a backdrop or either side will also provide contrast in shape.