(Masterwort) Among the loveliest border perennials, the distinctive, papery flowers look like small pin cushions. These are carried in upright sprays on wiry, branched stems above a mound of deeply cut leaves. When I started in the nursery trade there were just a few varieties, but astrantias readily cross pollinate so there are now many more to choose from. Some are very similar – so similar it is difficult to tell the difference. 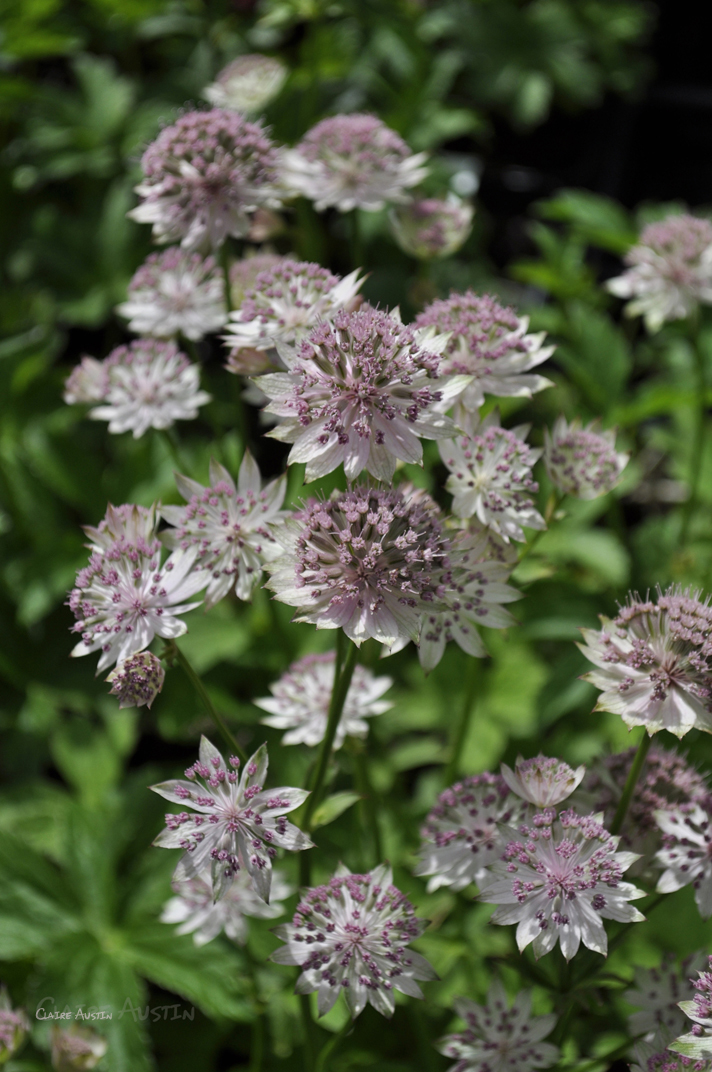 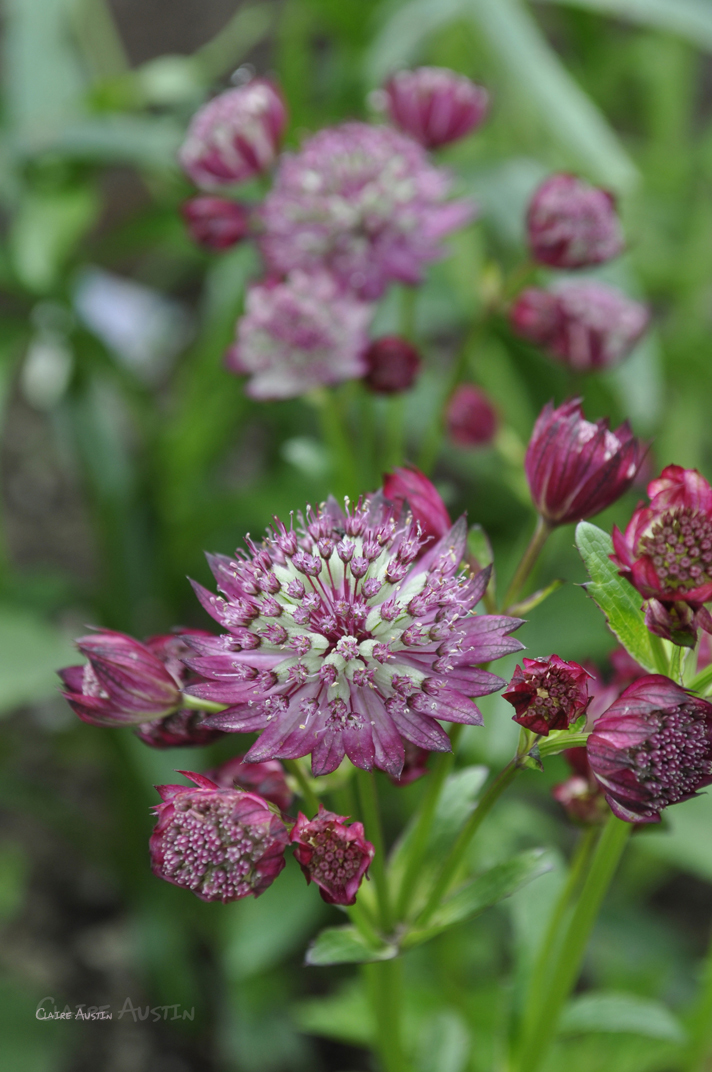 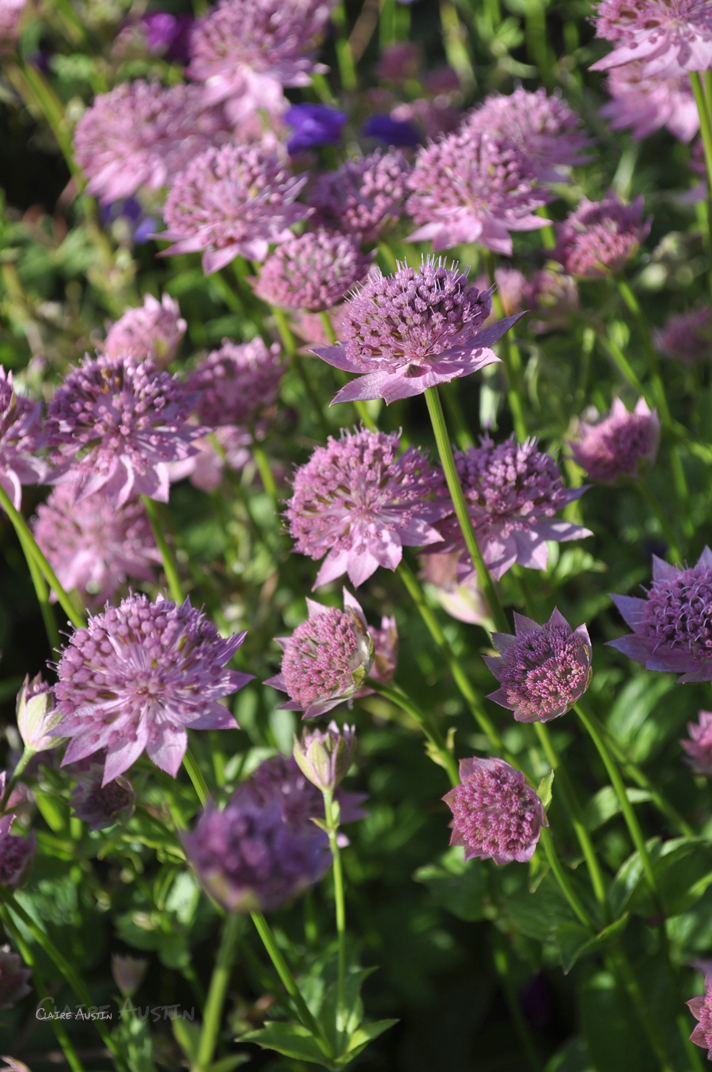 Most Astrantias carry the pin-cushion like flowers in sprays on short branches that are produced towards the top of slender stems. The leaves are mid-green and deeply divided, although the leaves of Astrantia major 'Sunningdale Variegata' are splashed with cream and the flowers of Astrantia maxima are borne in ones or two above leaves that are lightly divided into three sections.

How To Grow Astrantia

Astrantia grow naturally in well-drained soil that remains moist, in a sunny, partial shade, and even fairly shady spots.

Astrantia are great for spots in the border that become shady, towards the middle of a big border or the front of a narrow border. These are loved by bees and other flying insects. They also make good cut flowers, but make sure they are placed straight into water or the flowers will droop.

How To Care For Astrantia

Cut back the flowers stems back after flowering to prevent the plant seeding around and to encourage more flowers. This is with the exception of Astrantia maxima, with this plant just cut the flower stems as the leaves won't grow. If you leave the seedheads untouched they will remain in a lovely brown shape for several months. 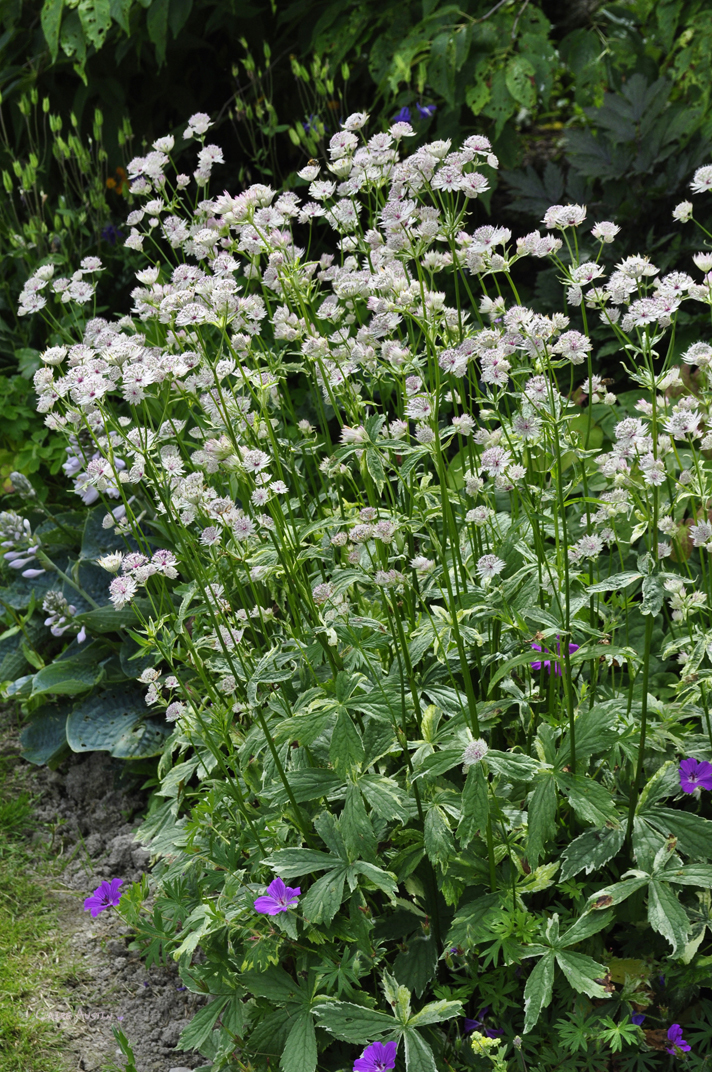 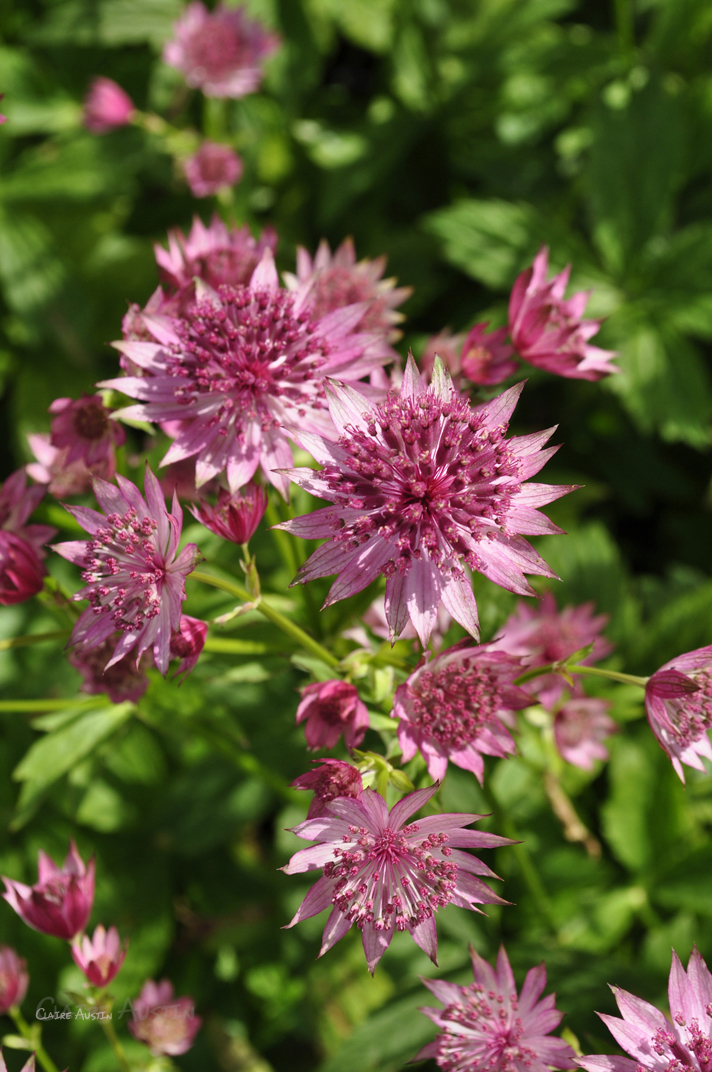 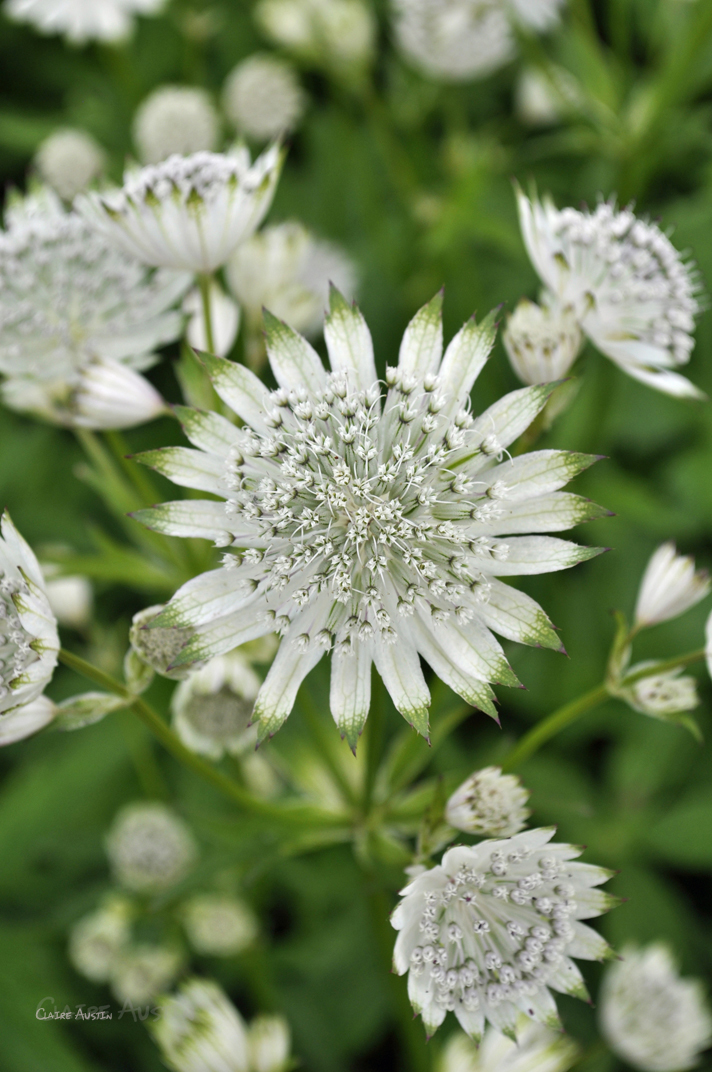 Astrantias Are Good with

Any perennial that likes a soil that a soil that does not dry out entirely through the summer. I love them with Alchemilla mollis, Campanula persicifolia, Veronicastrum and any mounding perennials.