Hardy and easy to grow, Pulmonarias have been grown in gardens for centuries and as a result have many common names. The most familiar is ‘Lungwort’ which refers to an old assumption that it was a cure for lung diseases. The names ‘Soldiers and Sailors’ and ‘Abraham, Isacc and Jacob’ are as a result of the flowers that differ in colour, while ’Jerusalem cowslip’, ‘Bethlehem sage’ and ‘Mary’s tears’ I suspect arose because they bloom around Easter time. Of the many varieties available today most start to bloom late February or early March. Pulmonaria ‘Barfield Regalia’ is particularly early with tight fists of buds showing from late January, poised ready to open as soon as the days become warm enough for pollenating bees to emerge. Some, like Pulmonaria ‘Diana Clare’ are still in flower early in May. 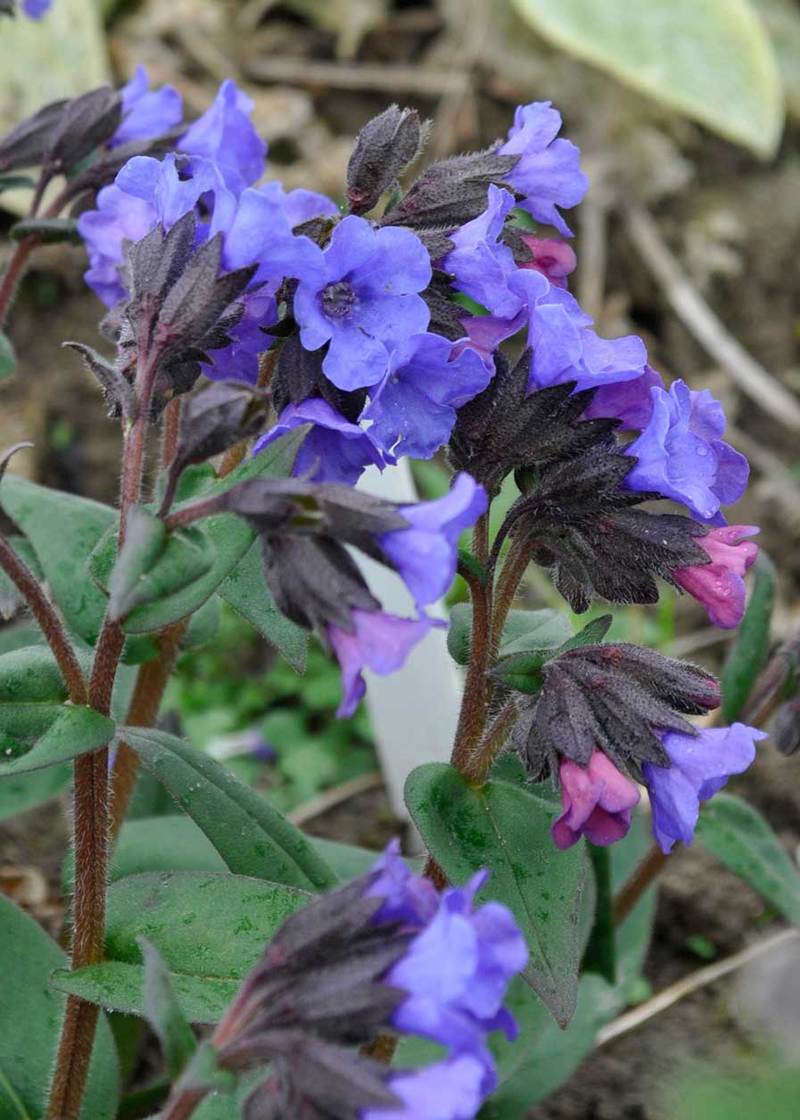 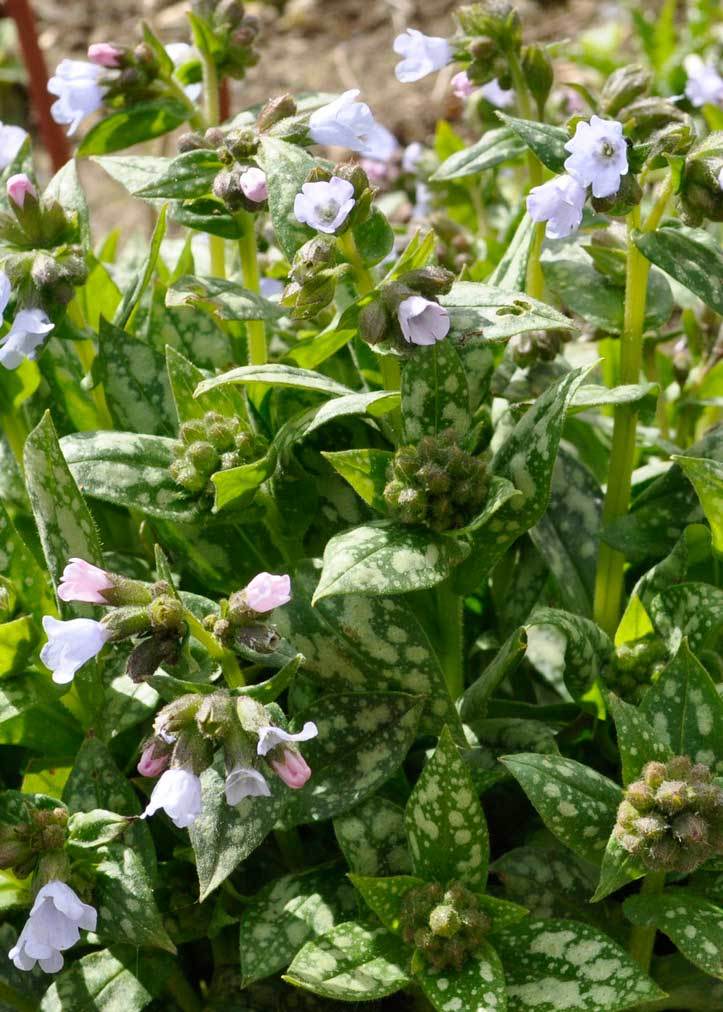 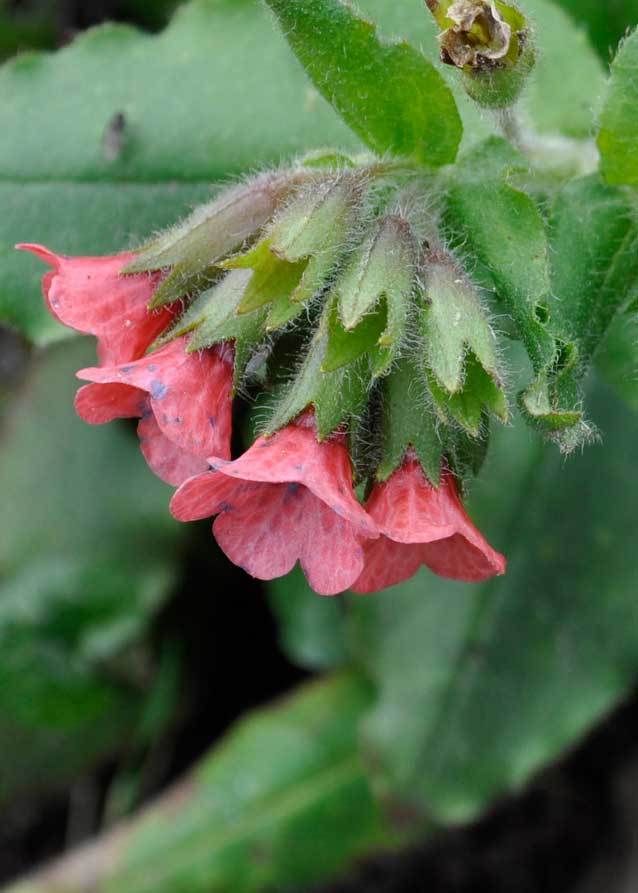 Like many short, spring-flowering plants Pulmonarias prefer a soil that stays moist throughout the year, in a spot that is shady, but not entirely dark. They are ideal for the north side of a house, and beneath shrubs where, as the leaves open, light is limited. They are a promiscuous bunch freely producing seeds, and because bees love them, the flowers cross-pollinate easily resulting in what can be a diverse array of seedlings.

Each flower is small, bell-shaped and borne in clusters on thick stems. Although the colours vary they are restricted to white, pink, blue and violet. White varieties are few and not that robust. Pulmonaria ‘Sissinghurst White’, distributed by the famous Kent garden, is still one of the best, although I do like Pulmonaria ‘Ice Ballet’. I have also found pure pink varieties dubious when it comes to hardiness, perhaps because my soil is heavy. Unlike coral-pink Pulmonaria rubra and almost identical P. rubra ‘Bowles Red’ which are particularly vigorous. Blue and violet flowered varieties are the most numerous and also tough. Pulmonaria ‘Blue Ensign’ is excellent as is Pulmonaria ‘Trevi’s Fountain’. Some of the most decorative are those with flowers that open one colour and morph to another. The flowers of Pulmonaria ‘Stillingfleet Meg’ start pale pink and as the leaves get bigger, the flowers turn soft violet. The rich pink flowers of Pulmonaria saccharata ‘Leopard’ become violet, while Pulmonaria ‘Mrs Moon’ pale pink blooms turn soft blue. 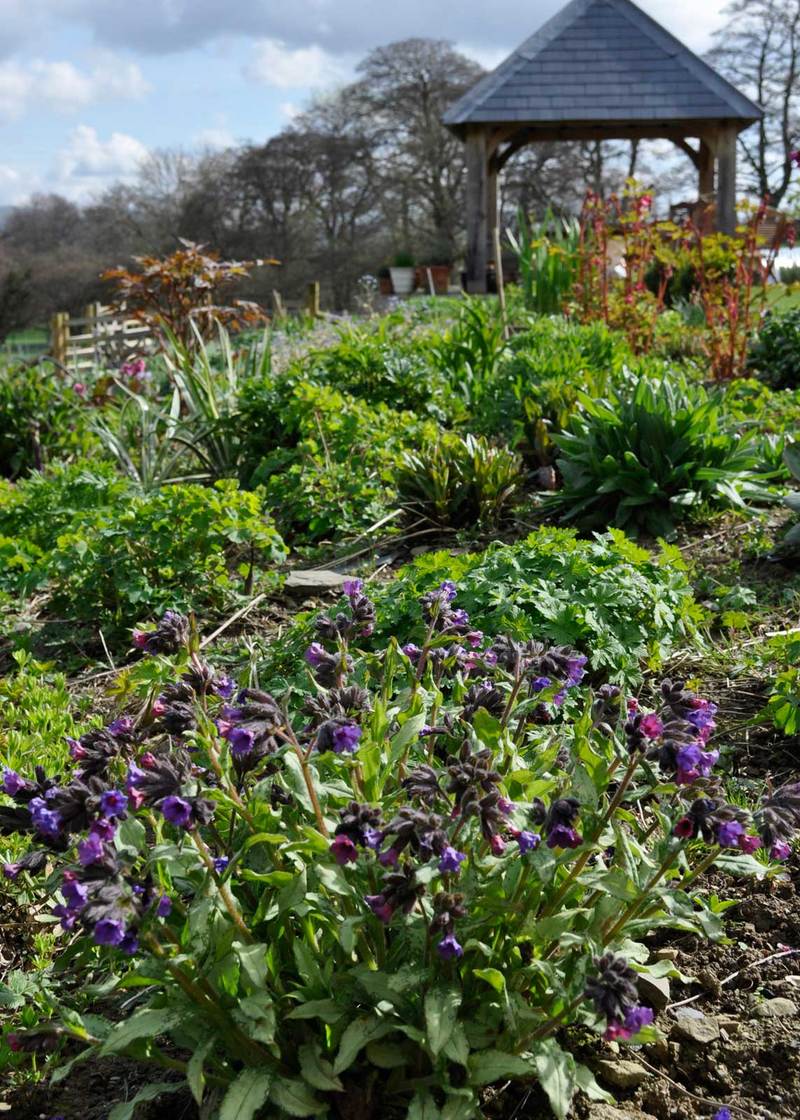 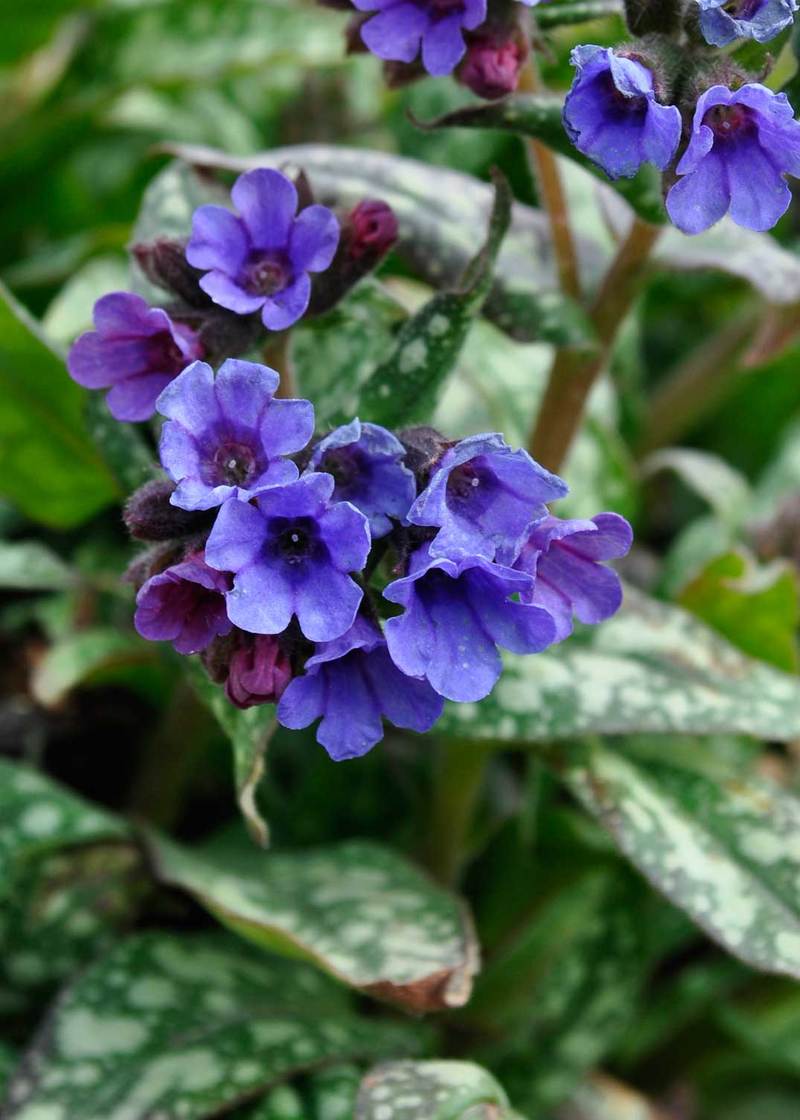 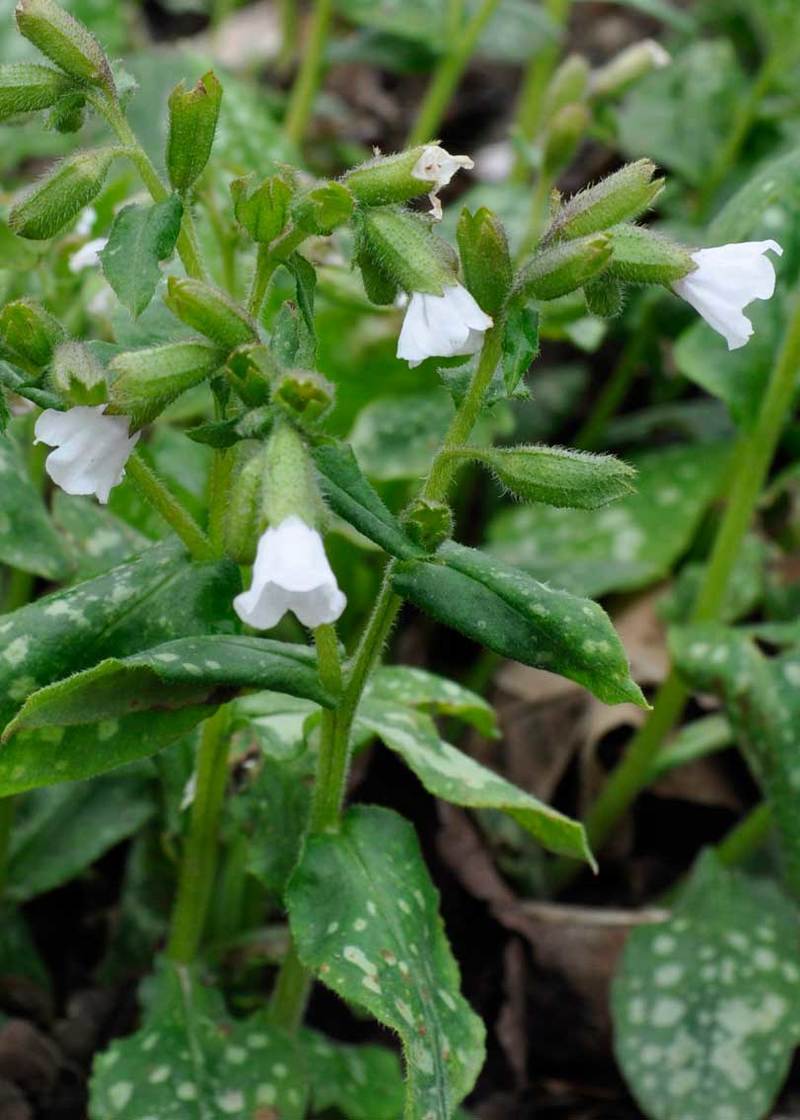 It is the leaves that add character to Pulmonarias. These are often, but not always, evergreen and create a slowly spreading, broad mound or neat, upright clump. The tones vary from pale to darkest green with the most garden worthy varieties being those that have dots or splatters of silver. I love Pulmonaria ‘Opal’ not just because of the handsome green-silver splashed mound of leaves, but also the pale blue flowers. In some varieties the silver spots are so large they entirely cover the foliage turning it into a mound of silver that will brighten a dark area of the garden. Pulmonaria ‘Cool Cotton’ does exactly that and although the early leaves are only lightly spotted, as they mature they create a stunning flat, silver rosette.