Potentillas seem to have been forgotten in recent years. Distinctly different to the popular shrubby potentillas they have the same flowers, simple and pretty, but unlike their shrubby cousins they bloom for a long time. In shape the flowers are similar to Geums, but they are carried on long stems that erupt from a clump of strawberry like leaves, a plant they are closely related to. The flower colours are bright and clear, with no murky traits. The petals, which can have flares and flecks of contrasting colours, are either single or semi-double, forming a neat rosette. Some start to flower in May, but the majority begin in June blooming right through until the autumn. 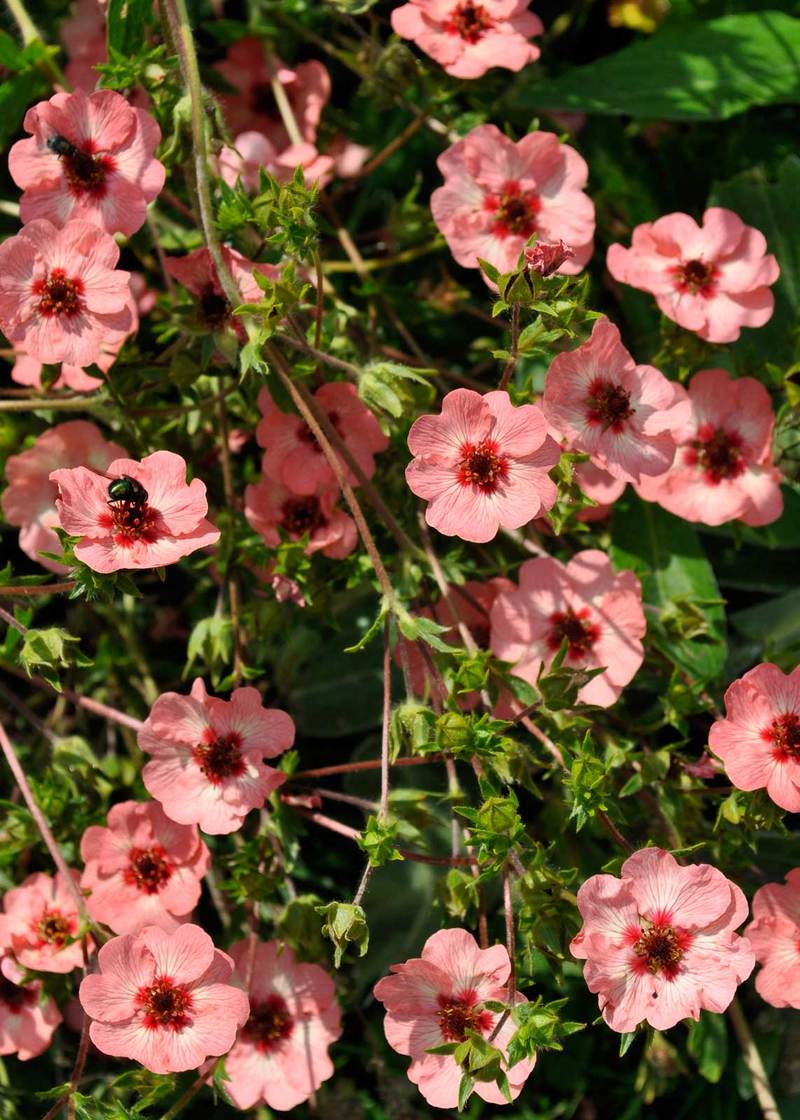 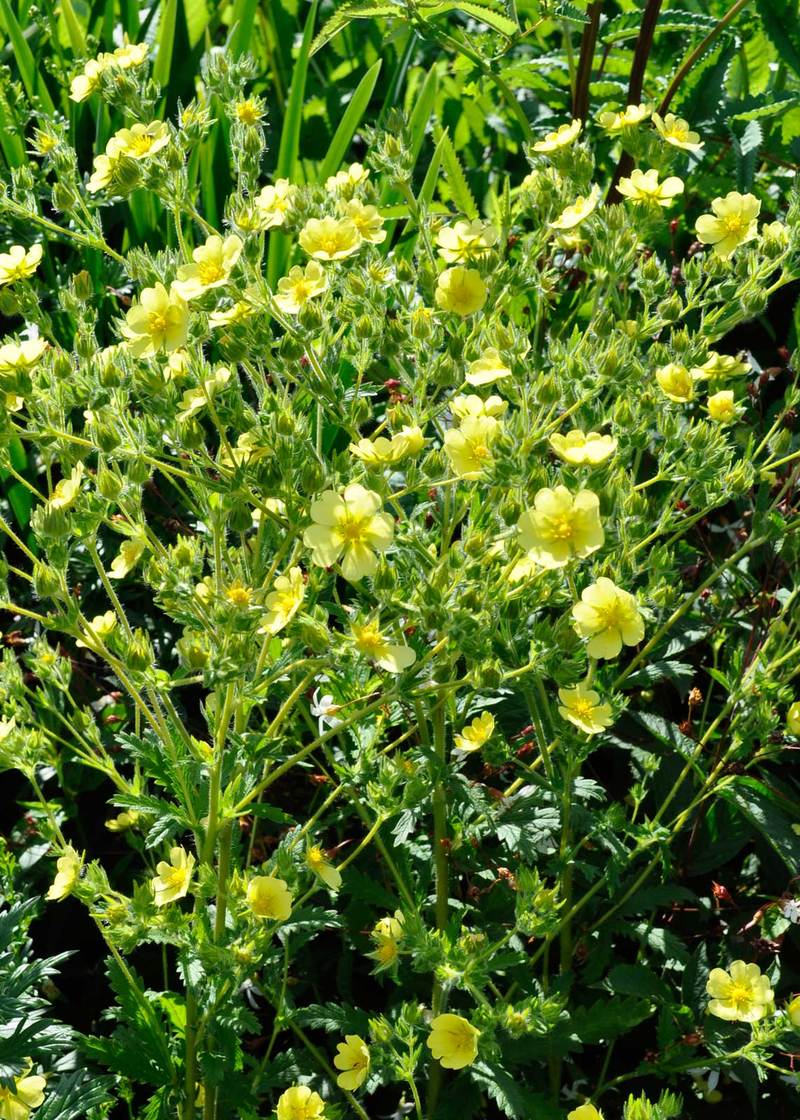 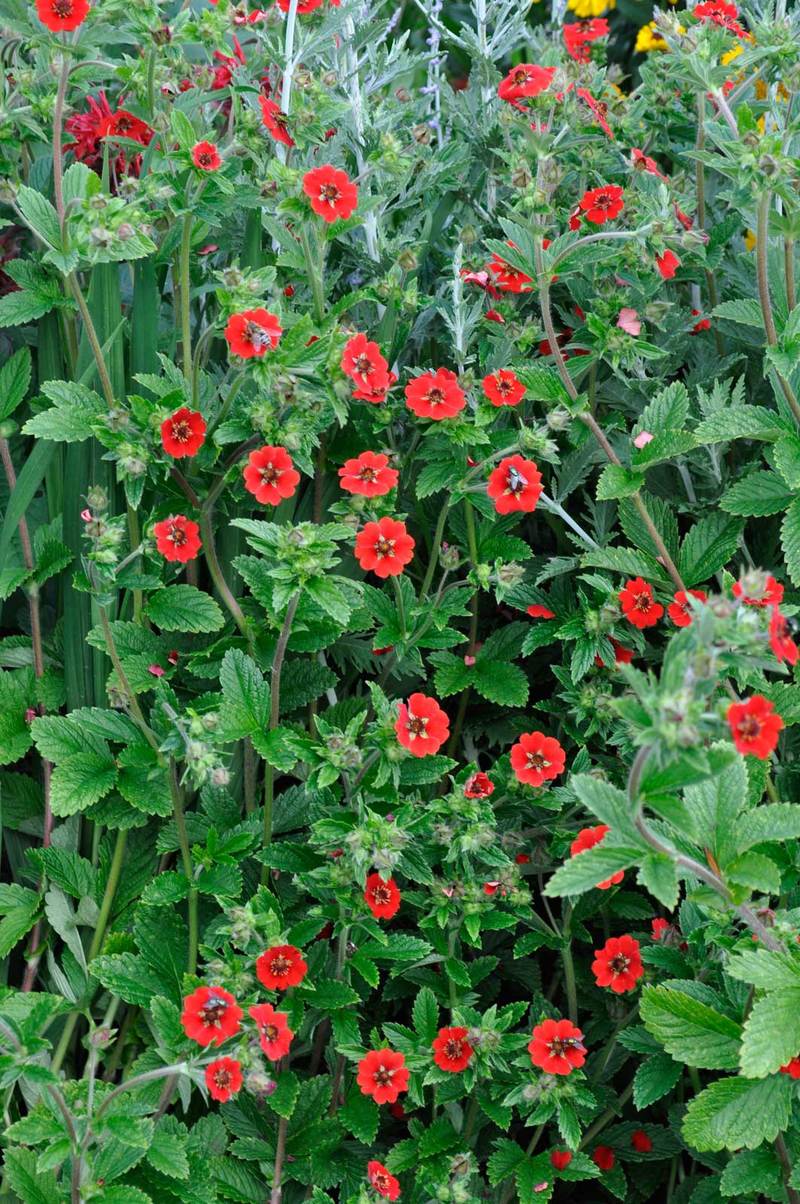 It is the overall effect of the mass of flowers, the sheer quantity of them that is the best reason for growing these dependable plants. As the stems are long, some varieties can be rather floppy, a trait that is useful for hiding the edge of a border or for tumbling over the wall of a raised bed. I planted Potentilla 'Gibson's Scarlet', which has long stems, in the middle of a border where it worked its way up between taller perennials creating a water fall of flowers that cascaded down the whole plant. It was most pleasing. Other potentillas are nicely upright and useful for further back in the border, especially if the border is narrow. 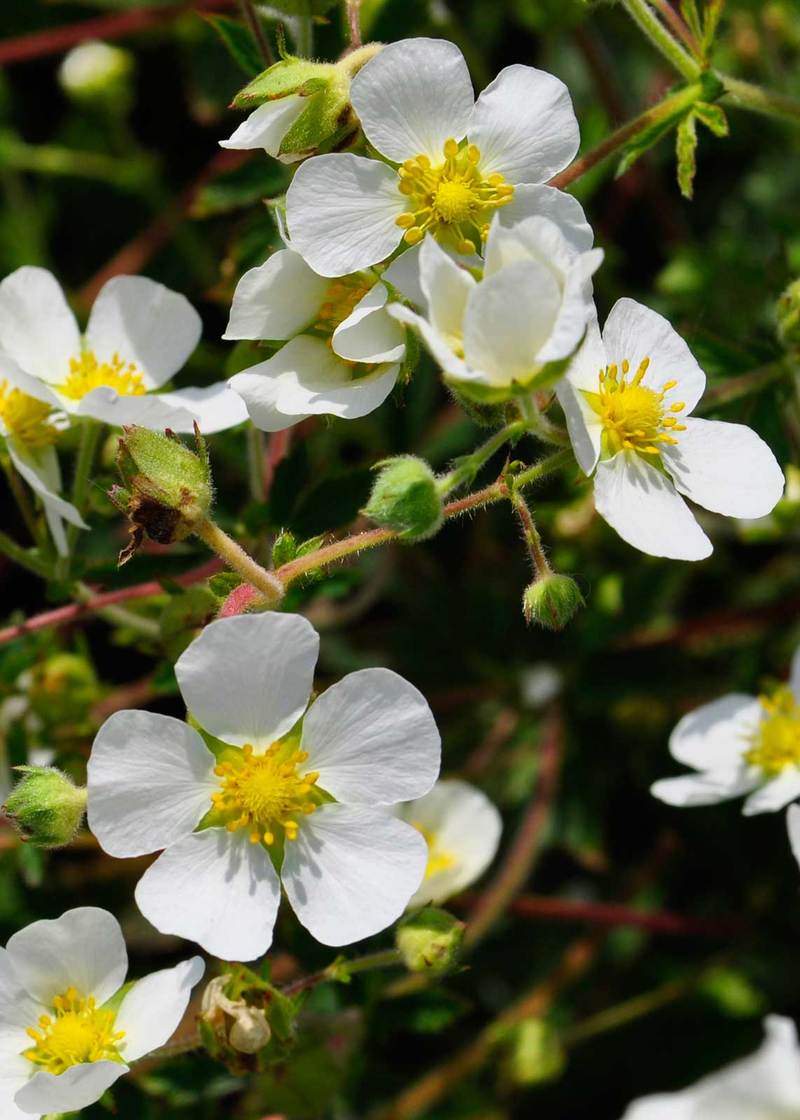 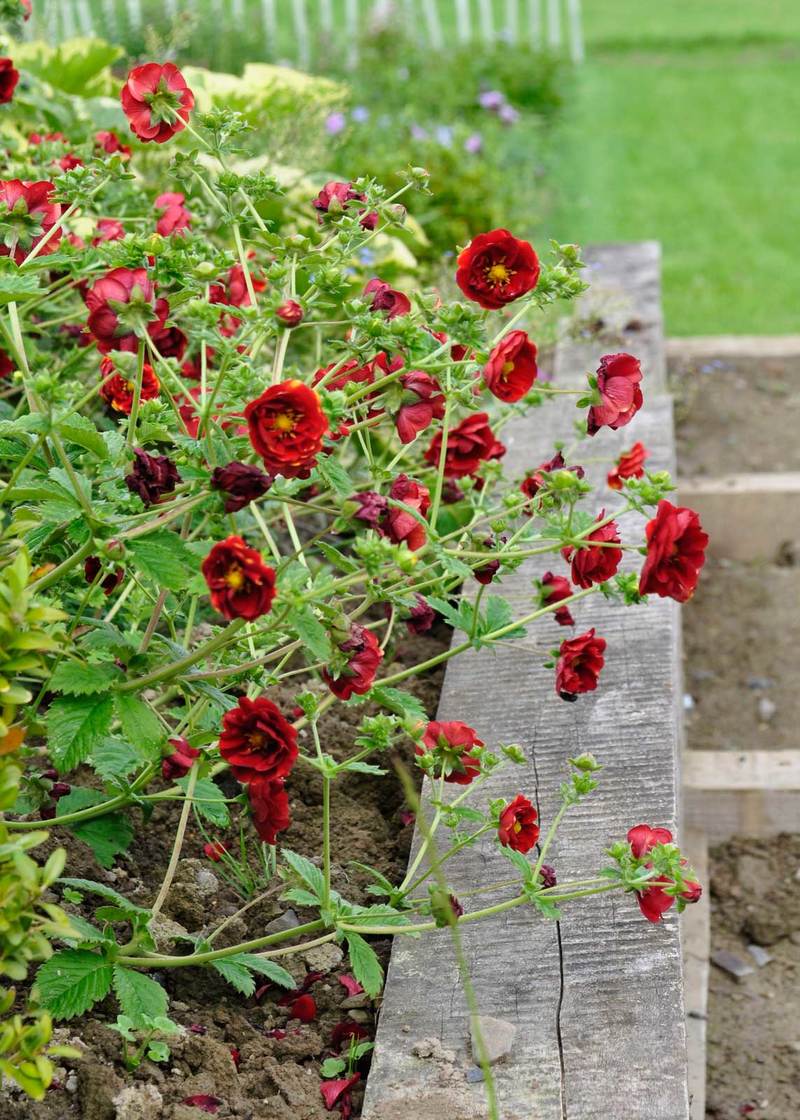 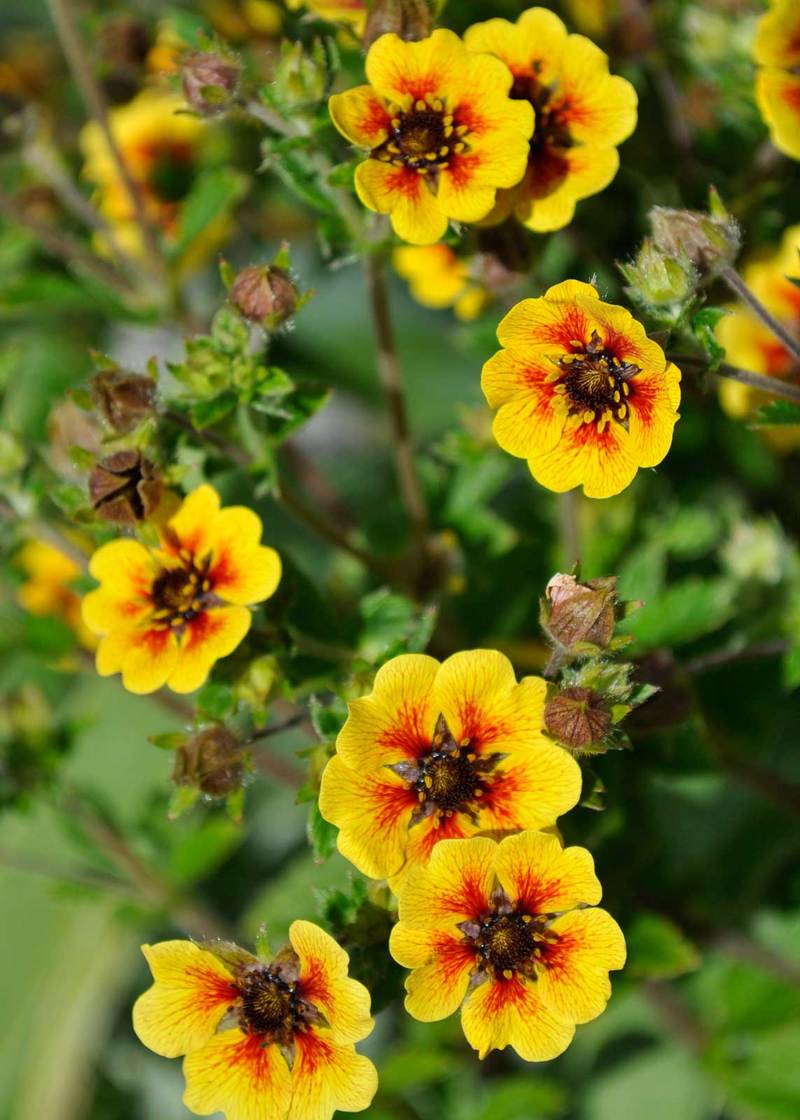 Potentillas like a soil that is well-drained, but remains moist, in sun or partial shade. They require very little attention through the year, simply cut them back in autumn once the flowers have faded.